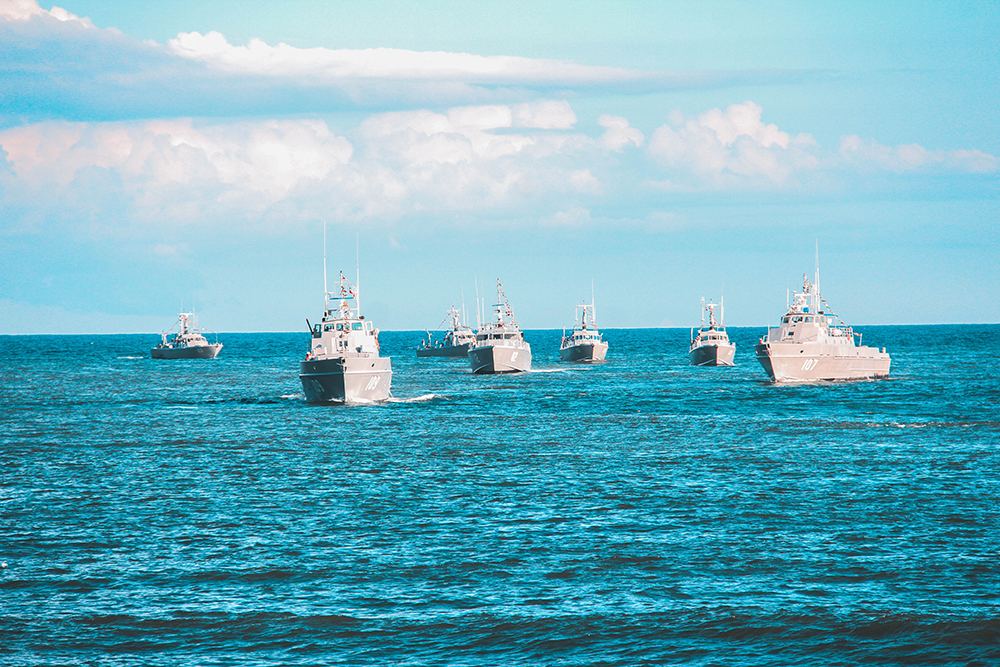 During the Vietnam War (1962-1975) the United States military, as well as the Republic of Vietnam, used defoliants for tactical purposes to reduce cover for enemy forces, improve perimeter visibility of military installations and even to kill enemy food crops. Agent Orange is the most infamous of the tactical herbicides whose names became shortened to the identifying color band on the drum in which they were shipped and stored. These toxic herbicides have created a host of health problems in Vietnam Veterans who are now in and around their sixtieth decade. While ground troops received veteran increased disability and compensation benefits the 90,000 Vietnam War veterans in the Navy, known as “blue water” veterans were left out of the automatically available disability compensation package. To date, these blue water vets have to prove their exposure to the harmful chemical agents before being awarded specific benefits and process status which can total thousands of dollars a month per veteran, whereas ground troops are presumptively exempted from proof of exposure. Under the previous rules, forces on the ground or inland patrolled rivers were given special status when filing their disability claims that sped up the process as well as receiving the benefits themselves.

Blue water veterans have been fighting in the courts for years for disability benefits made available to other Vietnam War vets within the Veterans Administration system. The most recent look at the situation by lawmakers to provide these benefits for blue water vets who were located in the waters of the shore of Southeast Asia has had a victory in federal court, and the VA is not planning on pursuing a challenge in the court of appeals. The federal court decision agreed with blue water advocates and lawyers that obtaining proof decades after the toxic exposure occurred is all but impossible. The Veteran’s Administration has argued that adopting a less scientific standard for disability benefits could open the floodgates to new claims and while that might be true VA Secretary Robert Wilkie said he would not ask the Department of Justice to continue fighting the legal issue in the court of appeals. This is excellent news for those blue water veterans currently facing cancer and other health issues that mirror their ground troop vet counterparts in Vietnam. Appealing the decision would put blue water veterans in another protracted legal battle that could see them die before any resolution of fair compensation can be reached.

While the long overdue benefits for deserving blue water veterans is excellent news as it now stands, it will also generate a substantial VA bill to cover the newest disability claims. Officials at the Congressional Budget Office estimate that new awards could total an estimated 1.1 billion dollars over ten years, but VA officials fear the figure could be upwards of 5 billion dollars. That is a big hit to the VA budget, but it is also the right course of action for deserving veterans. There is a proposal for a new VA home loan fee that can help to offset some of the costs of the additional 90,000 blue water veterans who could now be eligible for disability.

If you are a blue water veteran or have a loved one that is, it is time to get in contact with knowledgeable counsel to navigate what will be the process to receive disability benefits for your Vietnam service. The Blue Water Navy Vietnam Veterans Act of 2013 (HR 543) still has a hurdle to clear as federal officials can appeal the decision until late April however it is anticipated that there will be no challenge as stated by Veterans Affairs leaders. The full decision, Procopio vs. Wilkie, is available at the appeals court’s website and the Veterans Administration website (www.va.gov) has yet (as of early April) to put up any process for blue water veteran benefit applications.

If you have questions about eligibility for Veterans benefits or other planning questions, we here at Hafford Elder Law can help guide you through the process.